‘I challenge you to a duel’

“Sometimes in politics one must duel with skunks, but no one should be fool enough to allow skunks to choose the weapons.” Joseph Cannon 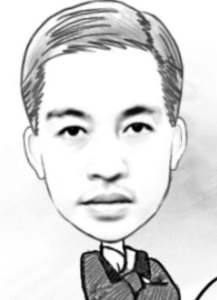 NEW YORK CITY — There was a time when rivalries were settled only after one of the protagonists has been killed.
David bludgeoned Goliath. Lapu-Lapu bar-b-qued Ferdinand Magellan. Julius Caesar decapitated Pompey. Pizzaro burned Atahualpa. Emilio Aguinaldo executed Andres Bonifacio. Vladimir Lenin bashed Leon Trotsky. Fidel Castro defrocked Fulgencio Batista. To name only a few.
Immediately after her defeat (she claimed she was cheated) to former Defense Secretary Fidel V. Ramos in the 1992 presidential election, Senator Miriam Defensor-Santiago challenged the former Marcos general to a fistfight.
President-elect Rody Duterte once challenged rival Mar Roxas to a slapping match. Roxas challenged him to fisticuffs.
But the most controversial showdown in history happened between Aaron Burr and Alexander Hamilton.
Burr had a knack for making enemies out of important people.

George Washington disliked him so much from their time together during the Revolutionary War that as president, he had Burr banned from the National Archives, didn’t appoint him as minister to France, and refused to make him a brigadier general, according to The Fascinating Book of History.
Burr became a lawyer in New York after the war, frequently opposing his future dueling partner Hamilton.
But it wasn’t until Burr beat Hamilton’s father-in-law in the race for a Senate seat that the problems between them really started.
Burr ran for president against Thomas Jefferson in 1800. The candidate with the most votes got to be president back then; whoever came second became vice president–even if they were from different parties.
When the election ended in a tie in the Electoral College, it was thrown to the House of Representatives to decide. After 35 straight tie votes, Jefferson was elected president, and Burr became vice president.
Like Washington, Jefferson didn’t hold Burr in high regard. So in 1804, Burr decided to run for governor of New York.

When he lost, Burr blamed the slandering of the press in general and the almost constant criticism from Hamilton in particular.
Hamilton later shot off at the mouth at a dinner party, and Burr decided he’d had enough. After giving Hamilton a chance to take his comments back (Hamilton refused), Burr challenged him to the famous duel.
On July 11, 1804, Burr and Hamilton met at Weehawken, New Jersey. Some say that Hamilton fired first, discharging his pistol into the air; others say that he just missed.
Burr, on the other hand, didn’t miss, shooting Hamilton. He died the next day.
Burr fled to his daughter’s home in South Carolina until things cooled down. He was indicted for murder in both New York and New Jersey, but nothing ever came of it, and he eventually returned to Washington to finish his term as vice president. But his political career was over.
Burr decided to head west, after his term as vice president, to what was then considered as Ohio and the new lands of Louisiana Purchase.

It seemed that Burr had things on his mind other than the scenery, however. According to some (mostly his rivals), Burr intended to create a new empire with himself as king.
As the story goes, he planned to conquer a portion of Texas, still held by Mexico, then convince some of the existing western states to join his new confederacy.
Called the Burr Conspiracy, it got the attention of President Jefferson, who issued arrest orders for treason.
Burr was eventually captured and brought to trial in 1807. But he caught a break. The judge was Chief Justice John Marshall. The judge and Jefferson didn’t get along, and rather than give his enemy an easy victory, Marshall demanded that the prosecution produce two witnesses that specifically heard Burr commit treason.
The prosecution failed to come up with anybody, and Burr was set free.
Burr then left the United States to live in Europe. Returning to New York in 1812, he quietly practiced law until his death in 1836.