“Everything is possible, from angels to demons to economists and politicians.” 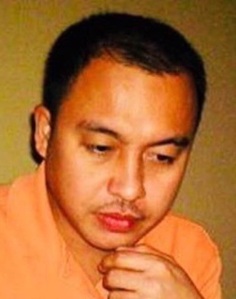 WHEN politicians like Speaker Gloria Macapagal-Arroyo talk, we should always remember not believe everything hook, line, and sinker.
Look what they did to the proposed Iloilo-Guimars-Negros bridge.
They allowed politicians to announce it in public and created a stir by “confirming” that the bridge’s construction would start in 2018.
We are now in the second quarter of 2019 and the last time we heard about the multi-billion project was “its feasibility study is ongoing.”
Going back to the proposed Iloilo Airport expansion as announced two weeks ago by Speaker Arroyo, who was in Iloilo for the blessing and inauguration of a new hotel.
If you listen to the former president, the Iloilo Airport expansion project, which would cost about P700 million, will start soon.
What and when is soon?
2019? 2020?
Or after the expiration of President Rodrigo R. Duterte’s term in 2022?

Politicians, in order to score pogi points, always conveniently hide in the comfort of the word “soon” in order to be safe just in case there will be delays, or whatever circumstance that might befall the projects they were trying to advertise ahead.
Mrs. Arroyo said the Civil Aviation Authority of the Philippines (CAAP) has already secured a signature from the Department of the Interior and Local Government (DILG) to proceed with the needed expansion of the Iloilo International Airport, which opened its doors to commercial traffic on June 14, 2007 after a decade of planning and construction.
“With the signing of the CAAP Board Resolution granting the Original Proponent Status to the unsolicited proponent for the expansion of the Iloilo airport, the CAAP may now proceed subject the proposal to a Swiss Challenge,” she declared in an interview with Iloilo reporters.
“It is one step closer to bringing comfort, safety and convenience to one of the busiest airports in the country. Again my congratulations to CAAP.”

Okay. Securing a signature from the DILG could be a “crucial step” for the proposal to be forwarded to the National Economic and Development Authority (NEDA), but if the project is not yet in NEDA’s radar and does not have funds as certified by the Department of Budget, and no concurrence from the Department of Transportation, it can never commence “soon.”
It will be another hopes against hope until delayed and eventually forgotten.
Mrs. Arroyo added: “The Iloilo Airport was built during my time as President in 2007 with a capacity of 1.2 million passengers a year. Now it is operating for 2.4 million passengers. Indeed an expansion is much needed.”
Arroyo made sure her name wouldn’t be forgotten when she disclosed she had conducted an oversight hearing at the Lower House on the Iloilo airport to determine the status of its expansion projects.
Her efforts reportedly “paved the way for the fast-tracking of the signing of the board resolution to start the process of approving its expansion.”
Pave the way, the magic sentence.
Nice, Madame Speaker.
(The author, who is now based in New York City, used to be the editor of two local dailies in Iloilo)